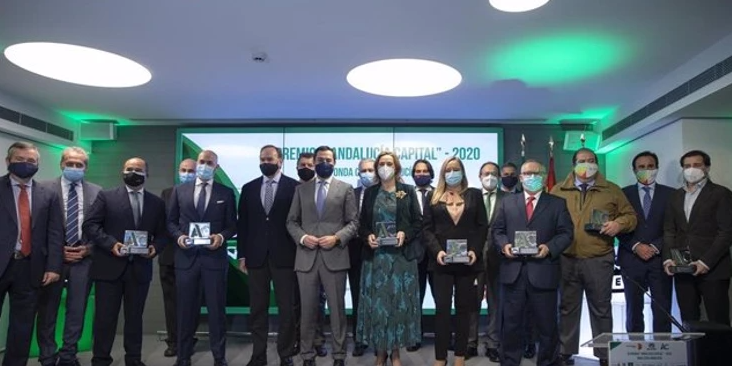 Our CEO Vicente Salinas receives the award on behalf of Plus Vitech.

The Andalusian president has participated in the delivery in Seville of the ‘Andalusia Capital Awards’ of Onda Cero, where he pointed out that “despite the eleven months that we have been in the pandemic, the Andalusian productive sector has been able to reinvent itself, reorient itself and seek new horizons beyond our borders”.

We turned the pandemic into an opportunity to build a better future, says Manuel Vicente, CEO of PlusVitech
November 24, 2021